Books of the Month Special Offers

Express Mail, After Packets and Late Fees in India before 1870 by Max Smith and Robert Johnson RDP FRPSL

The book presents original information into a hitherto unresearched field using data from the Asia, Pacific and Africa Collections in the British Library. It describes the Overland mail within India particularly between Bombay, Calcutta and Madras and the ways by which a sender could get mail across India quickly in either direction.

The period covered is from about 1840 up to about 1870, as mail cart and railway services gradually took over carriage of the Overland mail. For the first time, the Express, After Packet and Late Fee services and charges are described from official sources and their successes and failures explained. 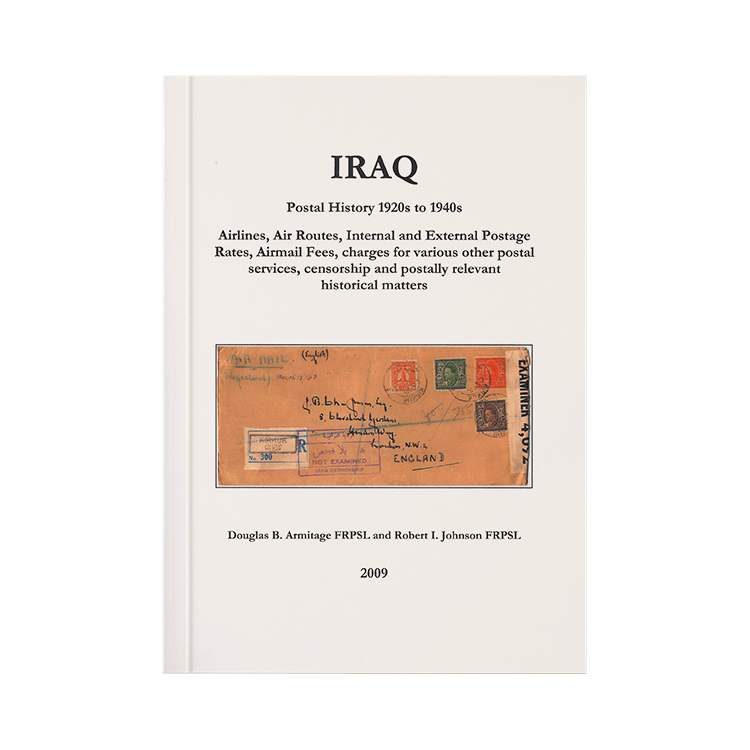 The main purpose of this book is to make sense of the airmail fees charged on airmail sent from Iraq to all other countries of the world in the period 1933 to 1946. Extensive tables are set out on 178 pages of this 328 page book. The problem that the authors identified was a total lack of information about many of the air fees and changes to them especially in the period of the Second World War.

The SRT will be there. It is your opportunity to talk informally to a Trustee about your book project, or toÂ  buy books with NO postage, or just to drop by our table and say â€˜Helloâ€™