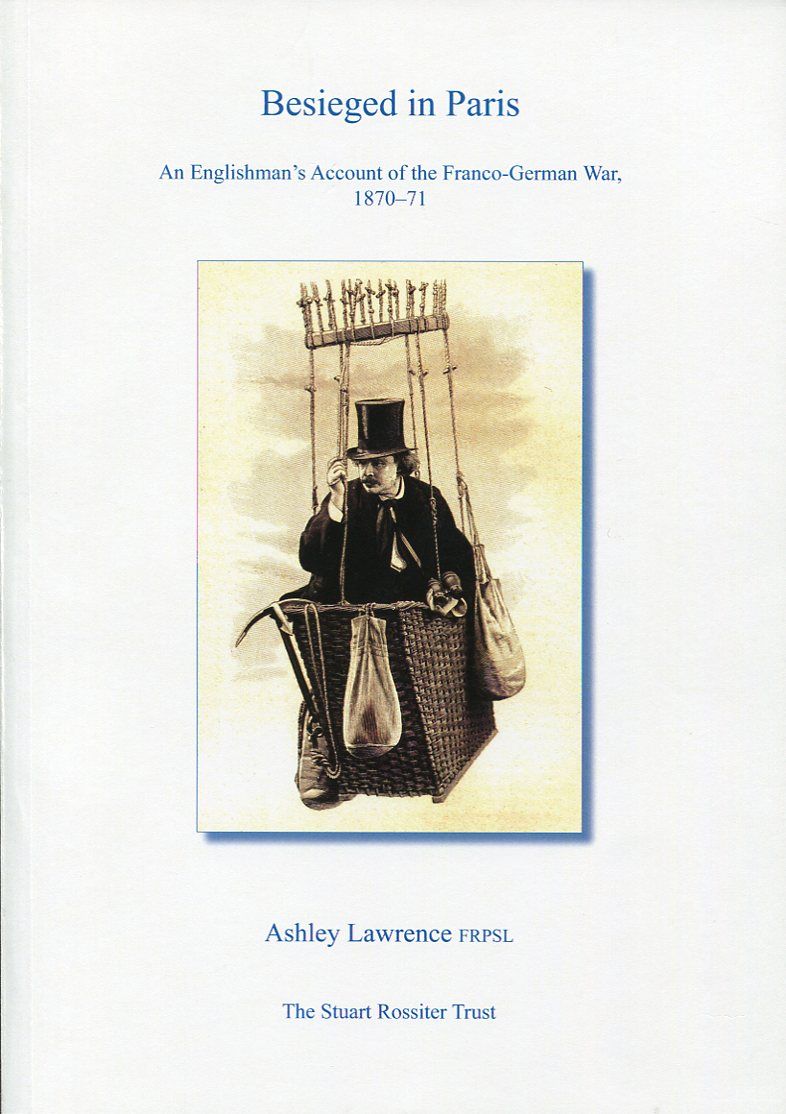 In spite of the siege from September 1870 to January 1871, William Brown succeeded in corresponding with his wife in England and she with him using whatever means available. The characters, events and aspects of life in Paris during those terrible months are described in great detail.

The SRT will be there. It is your opportunity to buy books with NO postage, or talk informally to a Trustee about your book project, or just to drop by our table and say â€˜Helloâ€™

We will have the Iraq + India books, as listed in e-news 45

Besieged in Paris by Ashley Lawrence FRPSL And others too

William came to England from Berlin in 1939 as a refugee from Nazi Germany with his parents Martin and Edith and his younger brother Edward. They were sent to the Rushen Camp in the Isle of Man and spent ten months from May 1941 as enemy aliens pending enquires to sort out the real refugees.

He was the joint author, with Professor Charmian Brinson, of Fleeing from the FÃ¼hrerÂ History told through postal history, available from www.rossitertrust.com